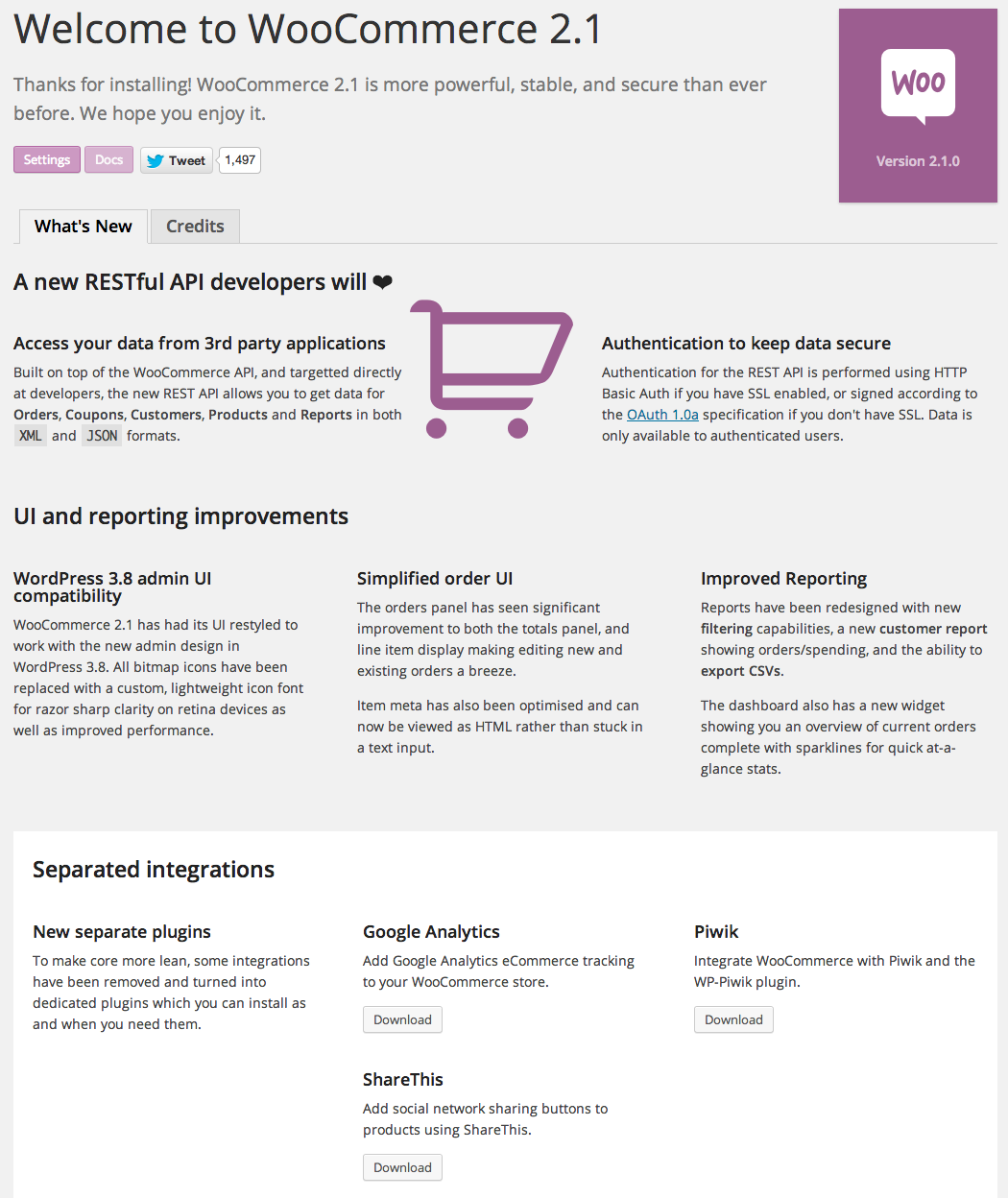 Version 1.1.1 of the WooCommerce Zapier plugin has just been released.

A few minor improvements are also included, including using some new WooCommerce 2.1 functions when they’re available, as well as fixing a PHP notice that was occurring when an order did not have a shipping address (for example, orders that contain only virtual/downloadable products).

See the full changelog for details of the other changes in this release.

The latest plugin version can be downloaded via your WordPress dashboard, or via the WooThemes.com my account page.